Our recommendation to our On-Premise and Private-Saas custmers is to use the latest LTS version whenever a customer is not requiring new features that have been introduced after release of the LTS version. On our Shared SaaS environments (including saas.esignanywhere.net, www.significant.com and others) we deploy feature-stream releases. The feature-stream releases may also be deployed by our customers e.g. when they need new features not yet included in the LTS version. 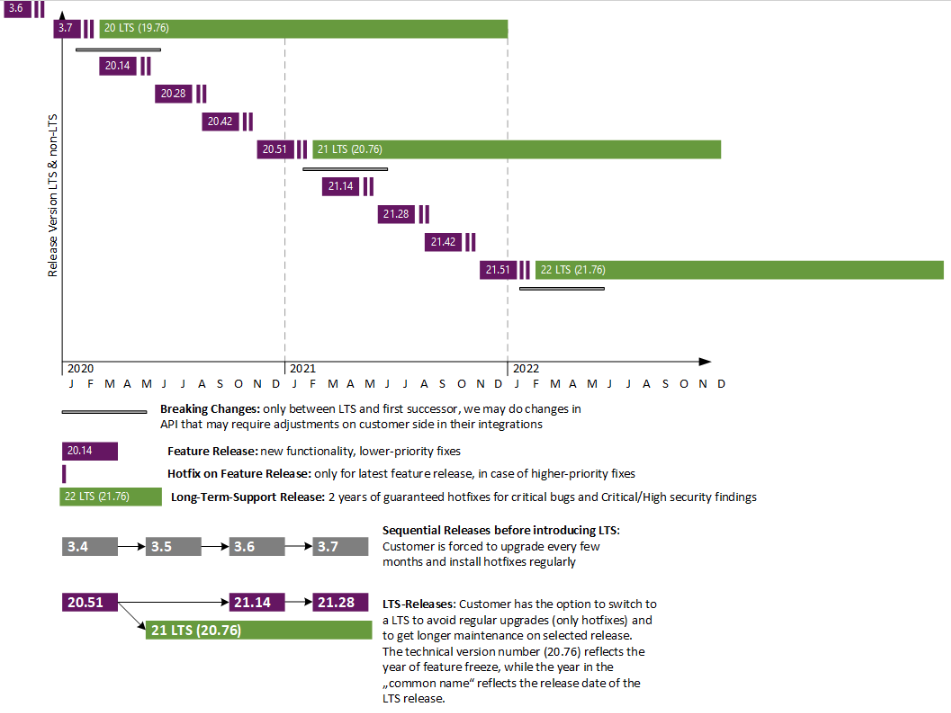