In this section you are defining your teams. A team is a virtual organization, in which the team-manager (root) has access to all envelopes of the team. With the enabled sharing feature all team members can access the envelopes and/or templates of the team. People with the “isUserManager” setting can edit teams.

If a person is in two teams (Team A & Team B) and sharing is enabled, the envelopes of Team A are not visible to Team B (and vice versa). [Note: changed behavior with eSAW 3.5, before it was able to be shared across both teams].

This chapter explains how to create teams for your organization.

Following steps are necessary to create a team:

You can create more than just one team and you can also configure more level team structure. For more information please see the section Scenarios.

After creating your team you can find it in the section teams like it is shown in the next figure:

Note: For each team you can define the following settings:

Please see the following figure, which shows you where you can find those settings:

By drag and drop add a new member onto to your selected team. You have to select which user should be added to the team.

Please note: The member must be dragged onto an existing member! 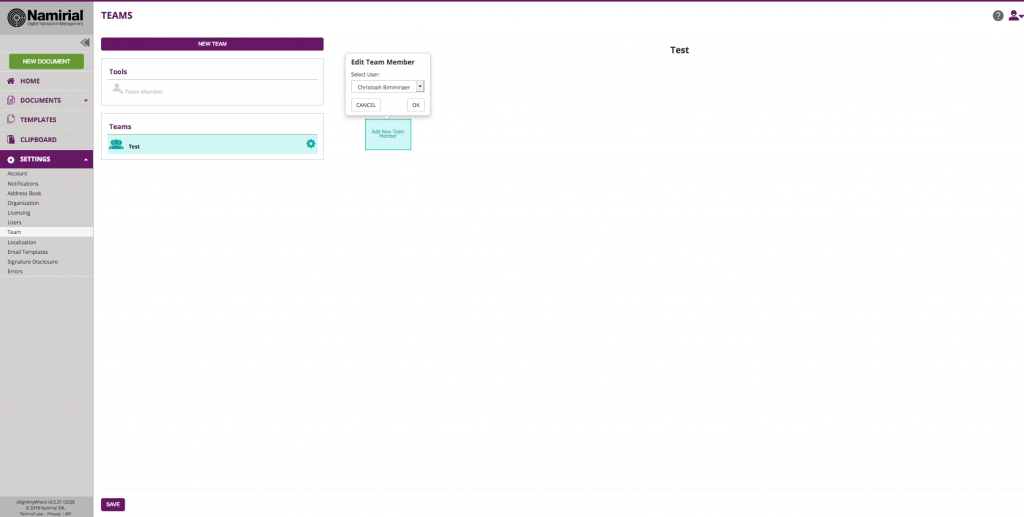 After adding team members to your team you can find a filter "By a team member" in the section Documents in Signed and Sent. Please see the next figure:

Please also see a complete process in the following video:

Removing a team member is simple. Just move over it and a delete icon appears.

For more information of sharing envelopes in a team please also have a look at the next chapter “Scenarios“.

If a user is allowed to create/read/update/delete envelopes, the user can prevent sharing documents with team members. In this case, even if sharing is allowed according to the team settings, the individual user can choose whether his/her own document is visible to others or not when creating and also after creating an envelope.

If prevent sharing documents with team members is enabled also the team leader has no more access to the document of the team member who has enabled preventing.

In this scenario everyone has access to documents sent by others: 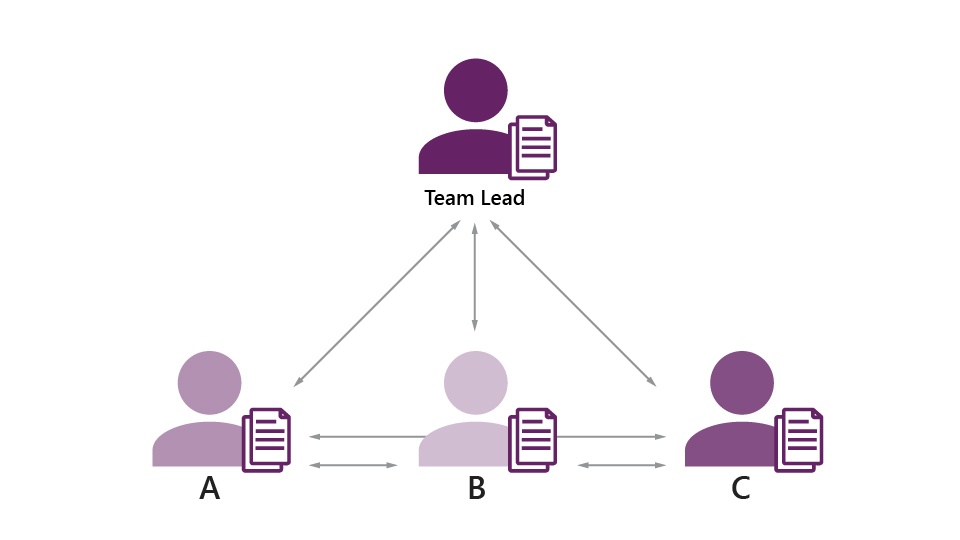 No sharing in team 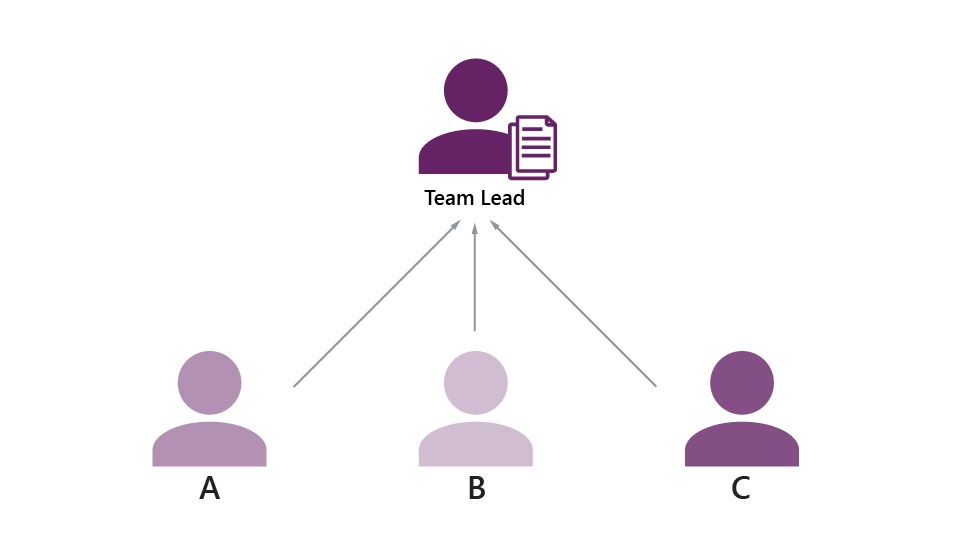 In two teams and sharing 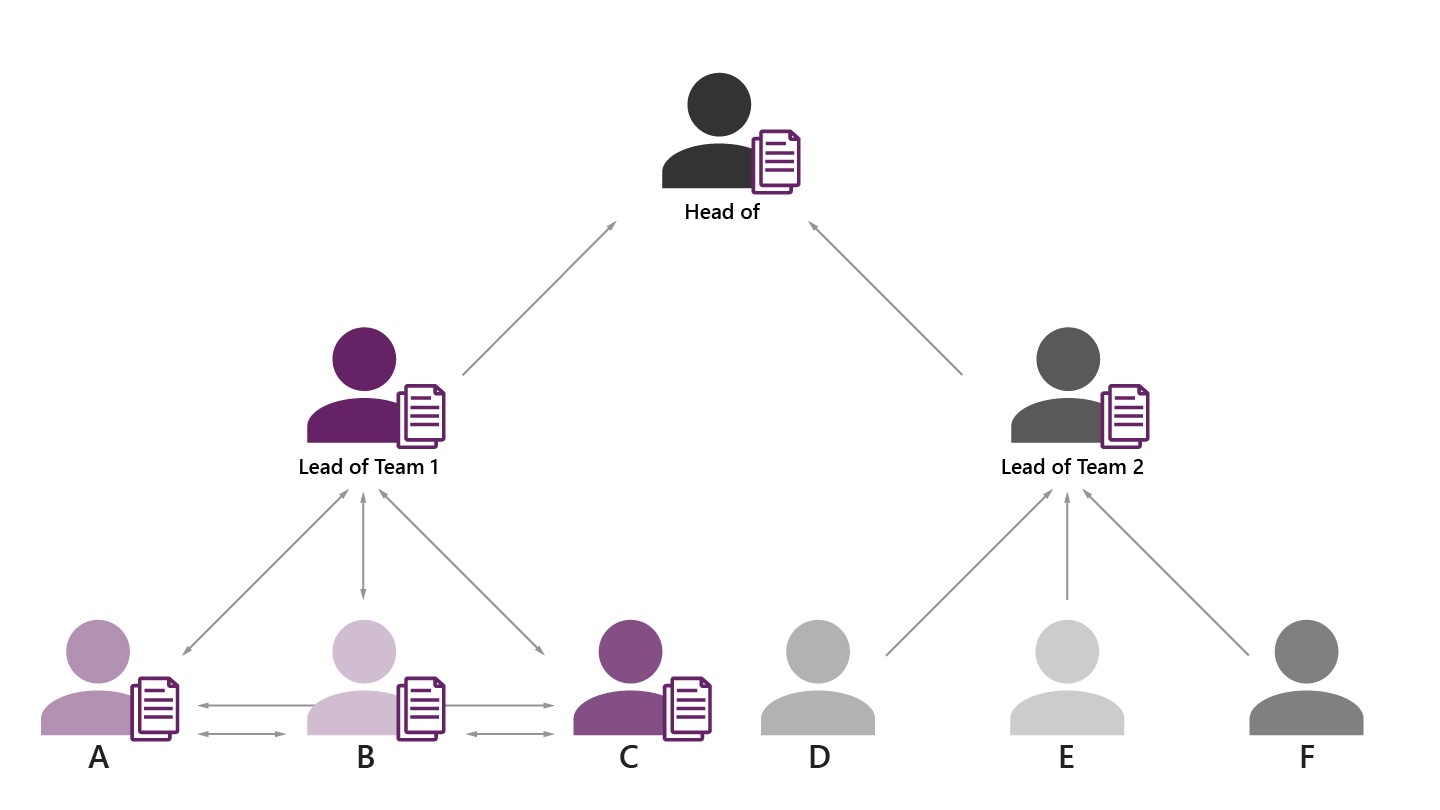 More level within one team 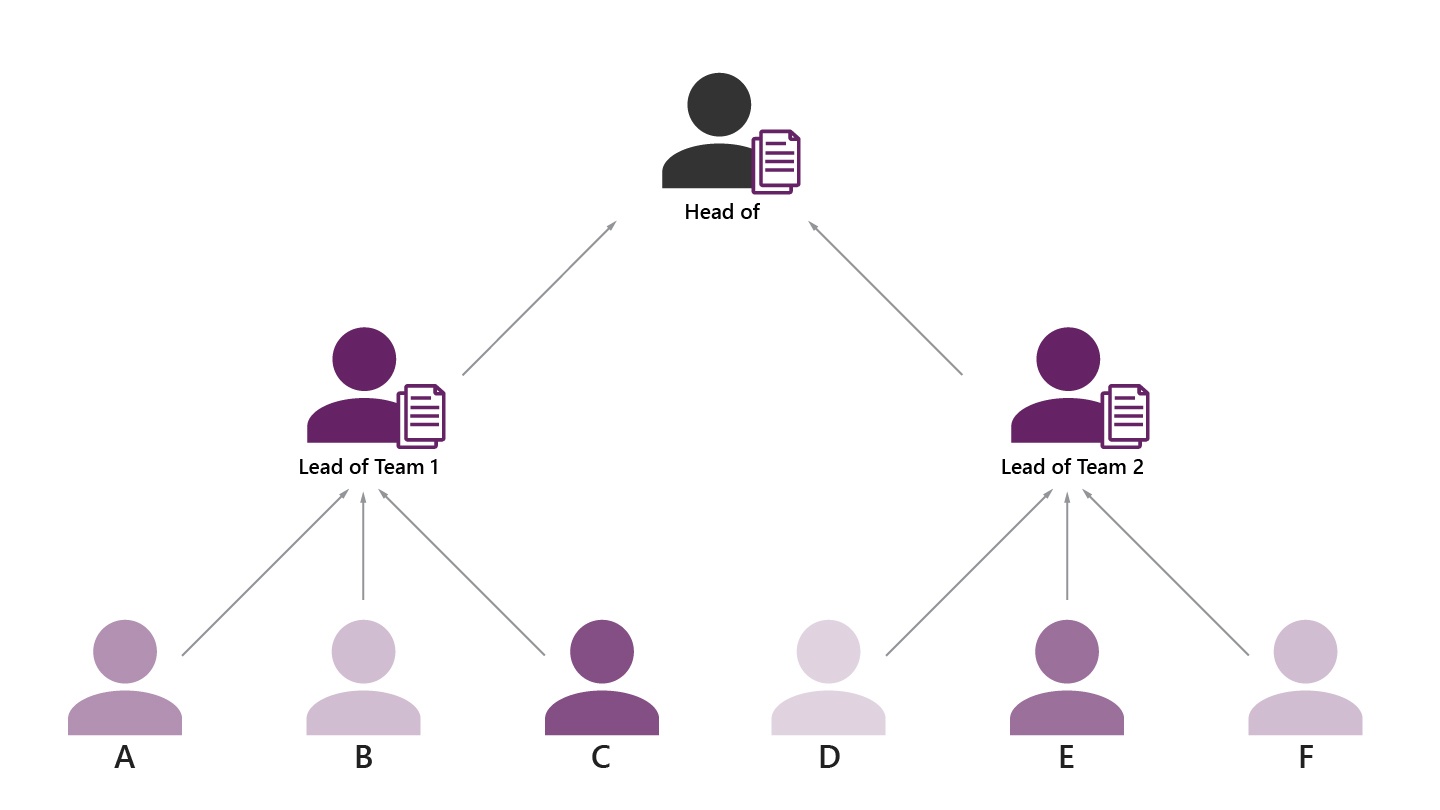 More level within one team and sharing 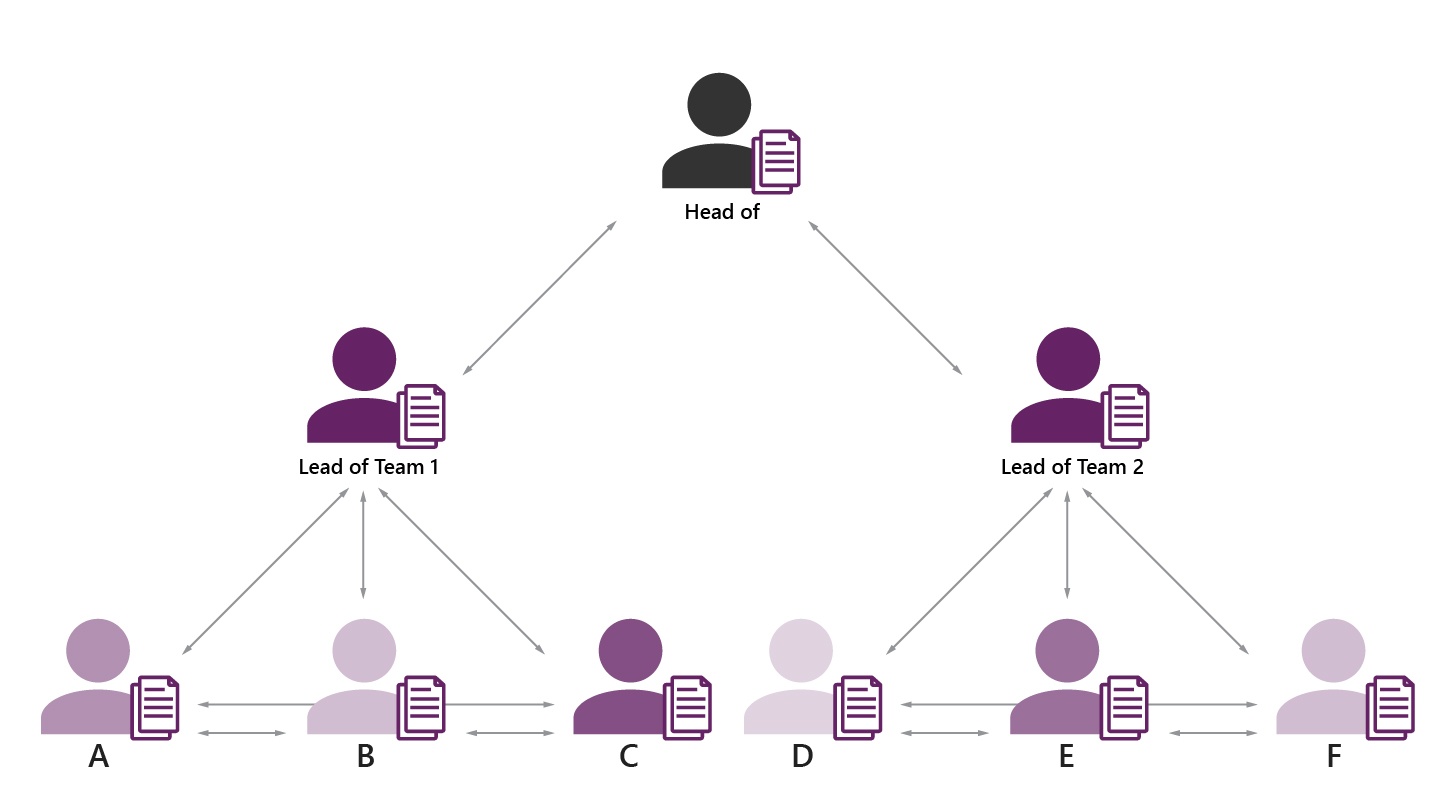 More level with sharing between teams 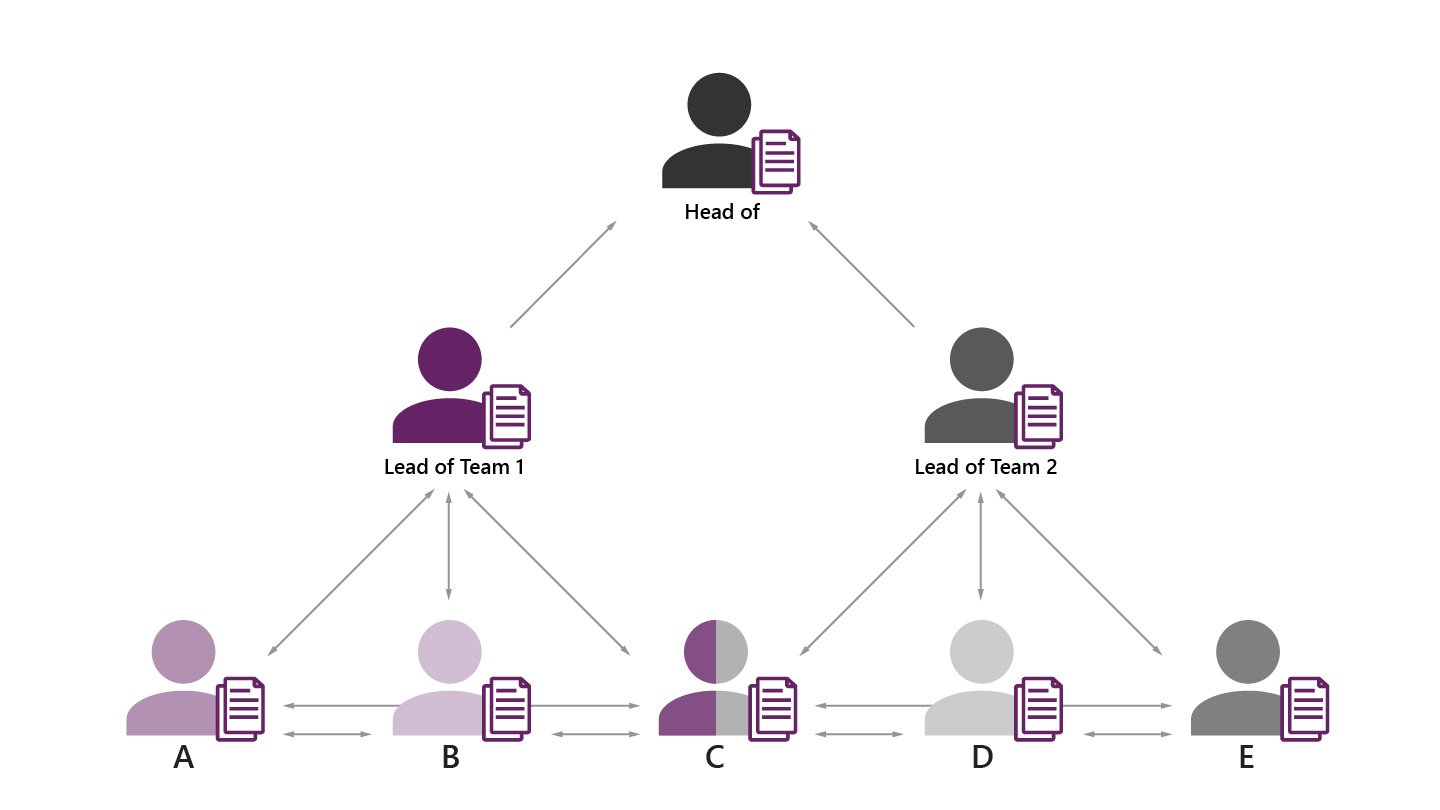 To create a more level team structure in the UI you have to create two teams. In the top team you only have to take into account that the desired team lead of the second team is also a team member of the first team. Therefore, choose a team member in the first team who is also the team leader of a team below. Please see also the figures below: 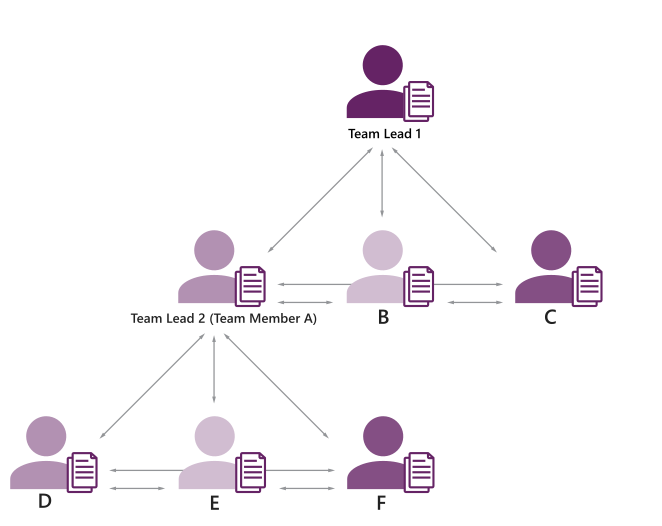